Full Name
Deborra-lee Furness
Job Title
Founder
Company
Adopt Change
Speaker Bio
Deborra-lee Furness is an internationally acclaimed actress as well as a passionate supporter of children and defender of their human rights across the globe. Deborra-lee’s humanitarian work for children is a driving force in her life. It is her passion that children all over the world be given every chance to live a fulfilled life and achieve their full potential.

As founder of National Adoption Awareness Month (NAAM) and Adopt Change in Australia, Deborra-lee has been a driving force for improving adoption programs, procedures and legislation, and raising awareness and understanding of the issues of vulnerable children. She is Patron of the Lighthouse Foundation for displaced children in Melbourne Australia; World Vision Ambassador, Patron of the Bone Marrow Donor Institute for children with leukemia; Patron of International Adoptive Families of Queensland; she sits on the board of World Wide Orphans Australia and is newly appointed on the board of the UN Women for Peace Association in New York.

Deborra-lee has been honoured extensively both in Australia and internationally for her work to improve the wellbeing of vulnerable children. For her advocacy work she has been honoured by World Wide Orphans in New York, The Joint Council USA and in 2013 was given the prestigious award of Angel in Adoption by the Congressional Coalition on Adoption in Washington DC. Harlem Village Acadamies honored Deborra-lee and her husband Hugh for their philanthropy work in 2012. She was presented with 2014 International Humanitarian Award in Utah by Mentors International. She was named NSW Australian of the Year 2015. Also in 2015, Deborra-lee was honored in Washington as Advocate of the Year by Kidsave. Deborra-lee is the co-founder of the newly launched Hopeland organization which is a US based platform driving awareness around the issue of vulnerable children. The mission of Hopeland is to ensure children belong in loving families. Hopeland is about family strengthening and community empowerment and driving creative solutions for vulnerable and abandoned children globally.
Speaking At
HOME | Plenary Session 8 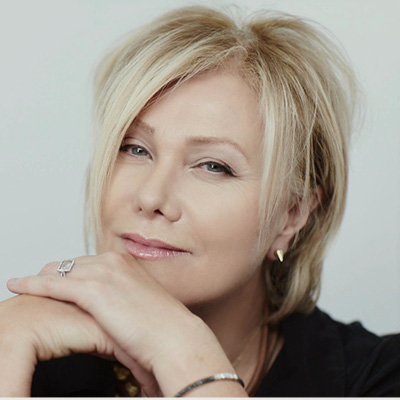