Full Name
Shellie Morris
Job Title
Singer, Songwriter & Musician
Speaker Bio
Shellie is a singer, songwriter and musician, and the NT Australian of the Year in 2014. Adopted into a Sydney based family as a baby, Shellie remains very close to her adoptive family, who encouraged her to seek out her biological family more than two decades ago. Her journey took her, via Link Up, to the Northern Territory and on a continuous learning of her Wardaman and Yanyuwa heritage and in to more than 70 remote communities of this country.

A favourite and celebrated vocalist, Shellie has spent the past 25 years creating and engaging in music as a healing tool. She imparts the importance of having a voice and that each individual is important. While she has been in the spotlight over the years for her involvement with Black Arm Band, Deadly awards, ARIA nominations, Music Australia award, NAIDOC Award, G.R. Burarrawanga Memorial Award and Australian of the Year award; by and large, she works on the ground empowering and gently effecting change. Shellie creates music and sings in around 17 Aboriginal languages, many considered “sleeping”. Since discovering her family, she has tirelessly worked to improve the lives of Indigenous Australians, especially in the Northern Territory.
Speaking At
CULTURE | Plenary Session 6 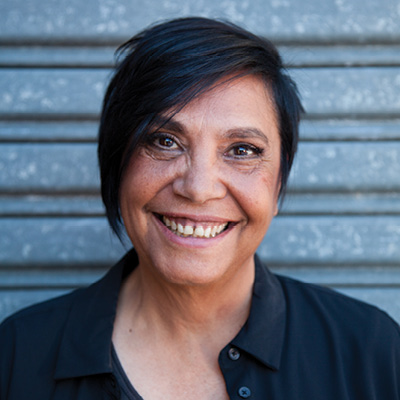